I have a confession to make: yeast breads freak the hell out of me. I don’t even want to admit the slight anxiety I had while searching for that perfect cinnamon roll recipe. So much rising and butter and kneading involved. What?! three kinds of flour? There’s a weird variance of flour and I don’t know if I’m adding too much, and then if I do it makes the rolls dry and dense?!. I decided to make a couple different recipes, both of which failed, both of which I’m not going to mention because it’s totally possible I did something wrong. Whatevs.

I decided to leave it in the hands of google. 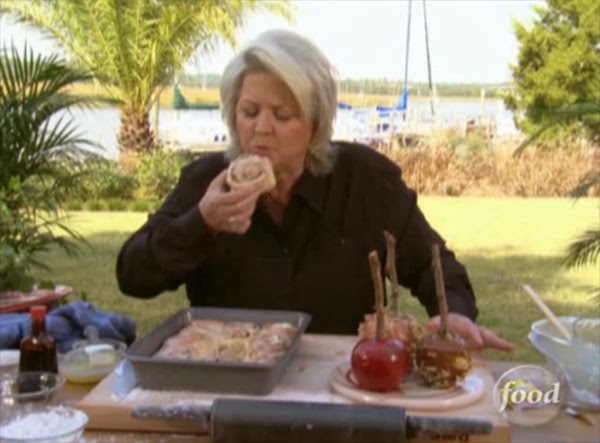 Google told me to make these. And I secretly have a crush on this woman and her magical laugh and her badassness as a business woman.

I looked at the recipe, still unsure, and then I saw she has a video. She made it look like a total walk in the park, without Mose, because he tends to pull on the leash.

I went to it, like Paula to a stick of butter, subbing buttermilk for the milk, because that’s what I had, and conjuring up a chai spice for the insides.

If you follow me on instagram, you know the chai spice was a total fail. The dough however, was not. This excited me. I had almost made cinnamon rolls.

I made another batch the next day, with cinnamon, and pecans for good measure, and took them to a brunch I had with some friends. They were well reviewed, but they seemed a little dry. I realized after making the third batch to show you, that buttermilk is necessary, and you should never eat your cinnamon rolls unless they’re hot. Room temp is a no go. You treat that cinnamon roll with some respect.

The last thing before I break this recipe down for you: MAKE THIS CREAM CHEESE FROSTING.

I know I’ve written about cream cheese frosting before, but this stuff would definitely take any cake if given the opportunity. I got the recipe from Shutterbean when Steve went to make the cake for my birthday. The recipe is originally from godsend Nigella Lawson and I may have had some on graham crackers for breakfast one morning. Or Mose did it. We’ll never know.

This stuff is so incredibly light and fluffy, thanks to heavy cream, but it isn’t as sweet as the traditional milk and powdered sugar icing, so it’s a perfect compliment to the cinnamon rolls. or graham crackers, or strawberries. Is it wrong to just let my face sit in the bowl?

Adapted from my girl Paula
Makes 11-12

Dough:
1/4-ounce package yeast
1/2 cup warm water (I use the hottest from my tap)

first thing first, let’s get some water. I use the hottest from my tap and it works perfect, but you want to make sure it’s between 105-115F. If the temp thing freaks you out, then just roll with the hottest tap water, it’s always worked for me.
Now take that 1/2 c of water and mix a packet of NOT INSTANT yeast. This needs to bloom for about 5 min.
While this is happening, melt the butter down in a small saucepan. Add your buttermilk. This cools the butter down a bit and warms up the buttermilk at the same time.
Now, in a very large bowl combine the sugar, salt, and the egg. Add the butter/buttermilk mixture.
With a wooden spoon, mix in 2 c of the flour until it comes together. Add the yeast “slurry” and mix. Add the final 2 c and stir until wooden spoon isn’t doing it’s job anymore.
Lose the spoon and use your hands to continue mixing until all the flour is incorporated. This dough will be sticky. DO NOT ADD MORE FLOUR. Knead the dough with your hands for a couple more minutes. Place in bowl and cover with plastic wrap. Let it rest in a warm place until doubled in size, about 1-1 1/2 hours.
Once it’s doubled, make the filling by combining the butter, sugar, and cinnamon. Roll out, or press, the dough until it’s roughly 9″x15″. I use a cutting board about that size to help out with this.
Spread the filling mixture evenly over the dough, leaving about 1/2″ uncovered on one of the long edges, this will make sure the rolls seal up. Evenly disperse those pecans now.
Carefully roll up the dough, long edge to long edge so you have a roll that’s roughly 15″ long when you’re finished.
Grease a 9×13″ pan.
To cut the rolls, unsquished, follow the best explanation I could find: Deb from Smitten Kitchen: “With a sharp serrated knife, using absolutely no pressure whatsoever (only the weight of the blade should land on the dough) gently saw your log with a back-forth motion into approximately 1-inch sections.” (Make sure you trim the edges first to get some clean rolls.)
Place these, as you cut them, in your prepared pan. They should fit loosely in 4 rows of 3. That’s it. You’ve assembled the rolls. Boom. Take out your cream cheese to soften, and let the rolls rest, loosely covered, for about 45 min.
Go do some punchdancing to prepare for the caloric intake of these cinnamon rolls.
About 30 min into it, preheat your oven to 350F.
Bake the rolls, uncovered, for 20-30 min. or until lightly golden brown on top. I go for 25 min.
Once the rolls are done and cooling, make the frosting:
The Best Cream Cheese Frosting. Ever.
Adapted from Shutterbean
8 oz cream cheese, softened
1 c powdered sugar, sifted
1/2 c heavy cream
1/2 t vanilla
The only disclaimer I have for this frosting is that you need either a stand mixer or some sort of electric mixer whisk thing. Besides that it’s heavenly and delicious and amazing.
With the whisk attachement of a stand mixer or electric beater, whip together the cream cheese and powdered sugar until light and fluffy. Slowly incorporate the heavy cream and vanilla then bust to high speed until the frosting is once again light and fluffy. Serve on everything.
5 Comments