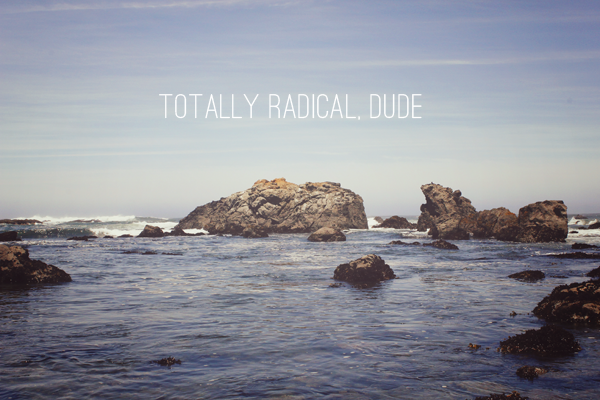 These past few weekends have been fantastic. First there was a trip to Fort Bragg to see my little sister graduate high school (Congratulations Chelsea!!) and with the trip there was sun forever, sunburns, lots of dogs, and amazing family time with my sister, brother in law, and comedic nephews. 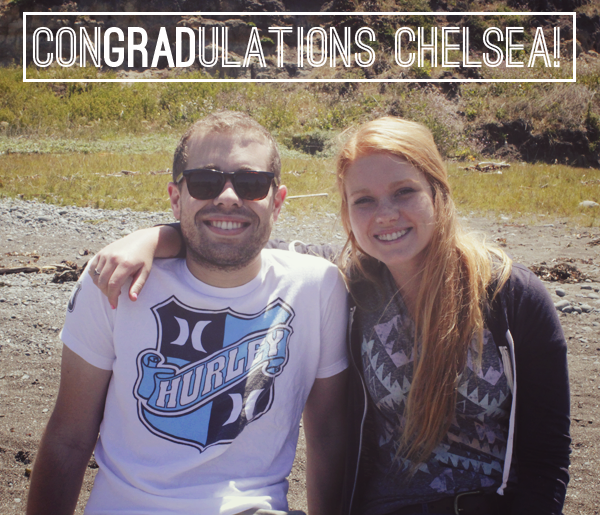 There was also Steve’s amazing ceviche and a beach trip that gave me the sunburn. Aaaaaand we managed to eat breakfast, lunch, and dinner outside that Saturday. That’s how gorgeous the weather was down there.

I want it to happen again. Right now. 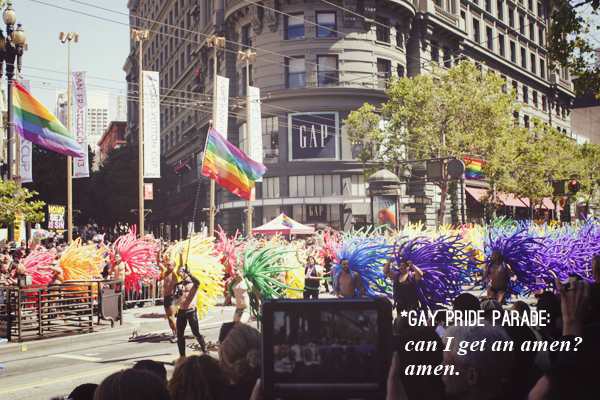 The following weekend was Pride down in SF. It was my first time at the festival and Steve and I had an amazing weekend times a thousand. The (window) shopping alone made the trip worth while and the half naked men with crazy balloon things tied to them didn’t hurt anything.

We got to spend a good amount of time with our friend Joey, who just moved to the city, and had some great food while we were down there:

Speaking of BART,  I managed to figure out the BART system pretty nicely so now I’m a total pro for next time. I also didn’t have to worry about driving in the city so nobody was at risk of being punched in the throat.

The final weekend involved a wedding for friend of mine and it was a load of fun. Steve made us bow ties so we looked amazing and there was a photo booth(so much fun!!) that I could not figure out the timing on: 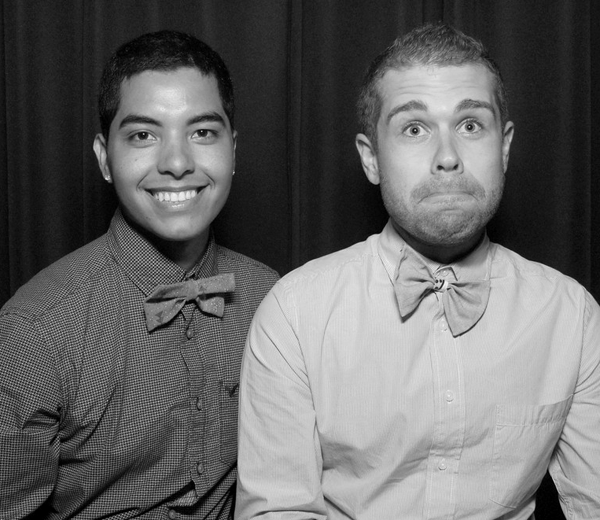 Overall, the wedding was great. I managed to not cry and eat a lot of food. The bride looked beautiful and I am currently jealous while she’s in Hawaii getting a tan and I’m taking over at work while she’s gone. She sent me a text the other day and mentioned the fact there’s a national pina colada day.

That’s called every day at my house.