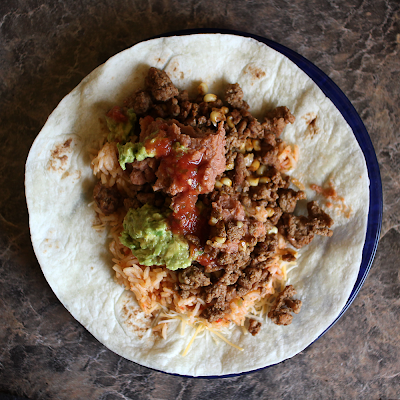 This is not a taco.

There is rice. and that would just be a ridiculous taco. But on occasion I make tacos that size. With a fried flour tortilla.

They’re called monster tacos. Get with it.

This is not one of those occasions.

But the seasoning I used is “taco seasoning”, or at least my version of it. When I was a kid those brightly colored packets of seasoning meant taco night. Or else it was just tortillas with meat in them. I like taco seasoning. I won’t deny that. But it’s got a load of sodium in it. Sometimes you can actually taste that sodium over all the spices. 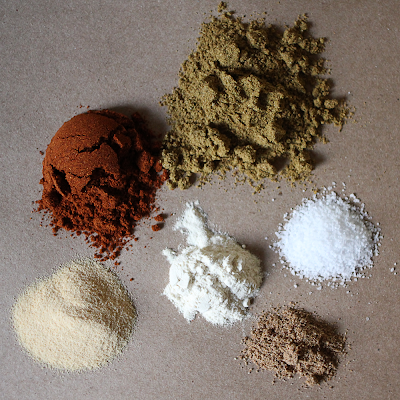 This version is better, and easy, and cheap to make. The spices show up the salt.

Did somebody say Ranch Dressing?
I’m workin’ up a tasty recipe. that you could throw this into. or not. but you probably should. Taco Salad is seriously one of the most amazing things ever thought up. And I’m gonna make some, and share it with everyone.

Taco Salad for everyone!

But that burrito up there, is a flour tortilla, topped with “spanish rice” then cheese, then ground turkey seasoned with the seasoning, cooked up with an ear of corn, then refried beans, then guacamole, then a little bit of Salsa.

Then I attempted to roll it all up but got it all over my hands because that is way too much for that tortilla. True Story.

Fun Fact: Coriander is the seed of the cilantro plant. But it tastes nothing like it. It’s almost lemony. Tell that to the cashier and show off a little.

“Spanish Rice”
Grab a 1 c measuring cup. Fill it with long grain rice and put that rice into a small pot with a couple teaspoons of oil a pinch of cumin and a pinch of coriander.  Let that rice get coated with oil and slightly toasted. Grab that same measuring cup and fill it with chicken stock. Pour that in the pot. Then grab that same measuring cup and fill it halfway with a good salsa. Fill it the rest of the way with chicken stock and let them join the party. Reduce the heat to a simmer, pop a lid on and turn the timer on for 20 min. When that goes off, stir, and enjoy, and put more than necessary in a burrito.